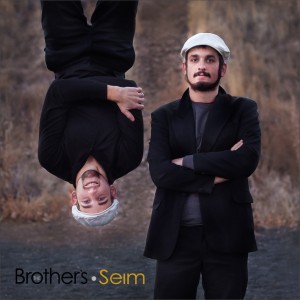 We are Gavin and Nathan Seim, two brothers who love words. We’ve been working together for about six years on fiction shorts and fantasy adventure – We work side by side, writing as one, but to the power of two.

We also write freelance non fiction and educational writing and are educational and promotional filmmakers. It can be really annoying working with your Brother – But in the end, two brains are better than one.

Gavin Seim: Is a twenty eight year old portraitist and pictoriliast and writer who lives in Central WA with his wife Sondra and two kids. He’s been actively writing editorial and educational work for over five years. Gavin enjoys art, ventriloquism, vocals, teaching things he’s learned and of course, writing.

Gavin took an interest in writing around age twelve and some years back decided to try his hand at fiction. Around 2008 he joined forces with Nathan and they now work together. Gavin often finds relationships in writing to techniques he’s learned from photography. You can learn more about Gavin and his many projects on Seim Studios.

Nathan Seim: Nathan is twenty one and recently married. He has a love for words and like Gavin and an active imagination. His sharp memory and creative skills make he and Gavin the perfect complement to each other. Nathan works with Gavin in the studio on writing, photographic and film making projects.